Gidja and Mali washed the blood from their hands. ‘What will you do, Yalungur’? Mali’s lips were tight as he tried not to smirk.With a grunt, Yalungur finished the violation. ‘I told you both. I did not want this. But it was written in the stars that I would be the first woman. I must obey destiny.’ Gidja, who was more sensitive, looked at the ground, now stained in his former brother’s blood. ‘Oh, brother,’ Yalungur continued, ‘are you ashamed by your part in this? Here, let your dismay be complete!’Horrifed, Gidja juggled the bloodied wooden fetish and finally dropped it.Yalungur’s birds flew away, screeching, as his hair grew long and his features became more feminine. He, now she, covered her eyes. ‘What will the baby I bear become?’Quietly, Mali answered, ‘The second woman, I suspect.’ 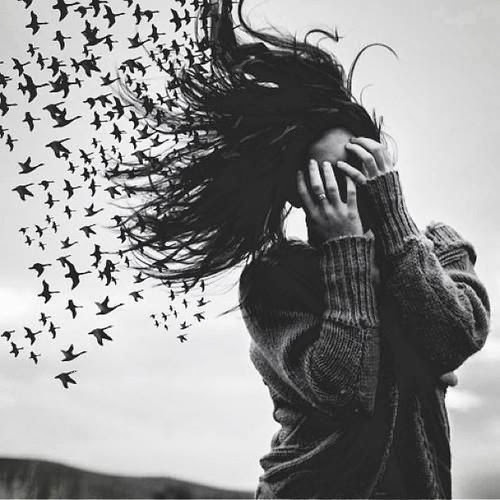 Yalungur is a creature of Aboriginal myth, about which not much is available to the larger community … I suppose there are Indigenous leaders who could tell us more, but all I have to go on is a stub on Wikipedia, which is how I made the connection to the birds, and a site called godchecker.For those not wanting to click away from these 140 words or the riveting image (although I encourage you to click the photo to visit this week’s VisDare challenge), the story goes that Yalungur, Gidja and Mali were brothers. Either Gidja or Mali er, removed Yalungur’s physical masculinity to create the first woman. The detail provided by the godchecker website indicates that Yalungur completed the task by placing a wooden doll in the wound. After willing the doll to life, Yalungur could become pregnant and bear children. I took a bit of writer’s freedom with my version but tried to stay true to the theme.

One thought on “VisDare 132: Unwilling Woman”