Stay tuned for the next installment …Oh. Right. I’m supposed to tell you about this installment. I needed to get the plug for the next book out of my system. Yes — I got to the last page and was ready to send along an email to the author, asking for the next one. Go ahead, call me rude. I can take it.Leave us rewind for a moment though for a refresher on Book One, Titled ‘Freshmen’. I won’t go over all of it (click here for the Goodreads page), but here’s the skinny:

No spoilers here — go pick up a copy because it is a worthy read.On to Book Two, which is why we are all here.There are times when picking up the second book in a series either leaves a reader in the dark or causes the reader to decide the first book isn’t worth a look. The problem is two-fold for many writers: how much background about the first book to give (without lessening the reader’s desire to get it) versus how to get on with the new story. Author RT Lowe strikes just the right balance here by slipping in primary details as well as expanded information related to Freshmen. It is done in a way that readers picking up Five Days are not lost and will be left with a desire to read the beginning of the tale.Felix and his friends have survived the break, but the world is in a state of turmoil. The parallels to many events, current in the news, is evident and chilling. Mass shootings, governmental misappropriations, zealots — all are running amok and the Portland College campus is not exempt. What makes the story so intriguing is that it takes place over just a few days (in about 200 or so pages shy of the previous installment) and the cast of characters has not expanded to a point that the reader is lost in the shuffle. Felix and Allison are full of surprises, as are a few others. Lowe’s ability to paint pictures with words is graceful, realistic, and in some cases, downright creepy:

Human-animal hybrids? Felix thought. The government created human-ani –? His mind froze on a memory of a creature snapping down on his face with enormous dagger-filled jaws, blood and drool dribbling from its mouth, burning his eyes, its putrescent breath as foul as a rotting corpse bursting from the pressure of decomposing gas. The memory was of Lofton’s creature. Not the government’s. The newscast was a lie. (p. 93)

It seems this part of the story is a bit gorier than the previous, so readers with weak stomachs and strong imaginations may want take it in short spurts. Lowe writes in a way that makes the book difficult to put down, interspersing more difficult bits with comedy:

“You’re such a dork,” Allison said to him with a shake of her head. “Darth Vader?“”I’m a dork? You brought up Harry Potter.””You just did the Darth Vader voice. Darth is way dorkier than Harry.” (p. 267)

Descriptions of characters are vivid and, despite the heavy subject matter (who is going to rule the world and how?), the reader will smile:

Graham kept expecting Mr. Pittlock to fall out of his chair and die. The president of Channel 8 was the unhealthiest looking man he’d ever seen, but the veterans at the station claimed he’d been this way for decades and had no trouble putting in ninety hour weeks. (p. 257)

Cliffhangers (for readers of the first book, no pun intended) abound and create the perfect multiple segue ways to a Book Three. In the meantime, pick up a copy of both books. You will not be disappointed. Click the image below to visit Amazon … 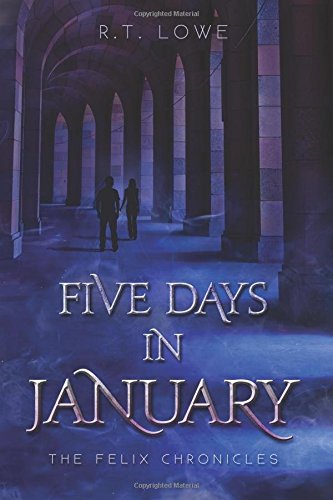