Must Be the Music: Day Five

Speaking of jazz, it has played a major role in my life since … likely since before birth. My dad was a big jazz fan and he and I spent a lot of time together, listening.

Have you ever heard a piece of music and immediately understood the time and space it was meant to represent?

My dad and I went to see Wynton Marsalis at the Trenton War Memorial. It’s now called the Patriot’s Memorial or something. I don’t recall when it was, and I can’t find information on that show, but I know it was there. Being a fan of architecture, how could I forget it? 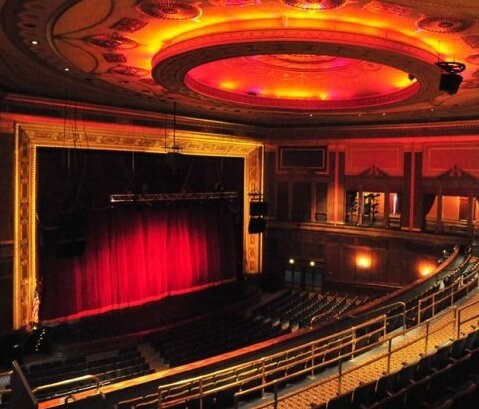 Marsalis’ album ‘Black Codes’ was a Grammy winner in 1986; the War Memorial Theater was closed for renovations from 1994-1998. I suspect we went in maybe 1989 or so, before my life became something very different and my attentions were taken away from the joy of music.

The songs from ‘Black Codes’ were part of the show. The sound was magnificent in there as you can well imagine. It was this album that pulled me into much of what Marsalis has done over the years and also introduced me to the other talents in his family.